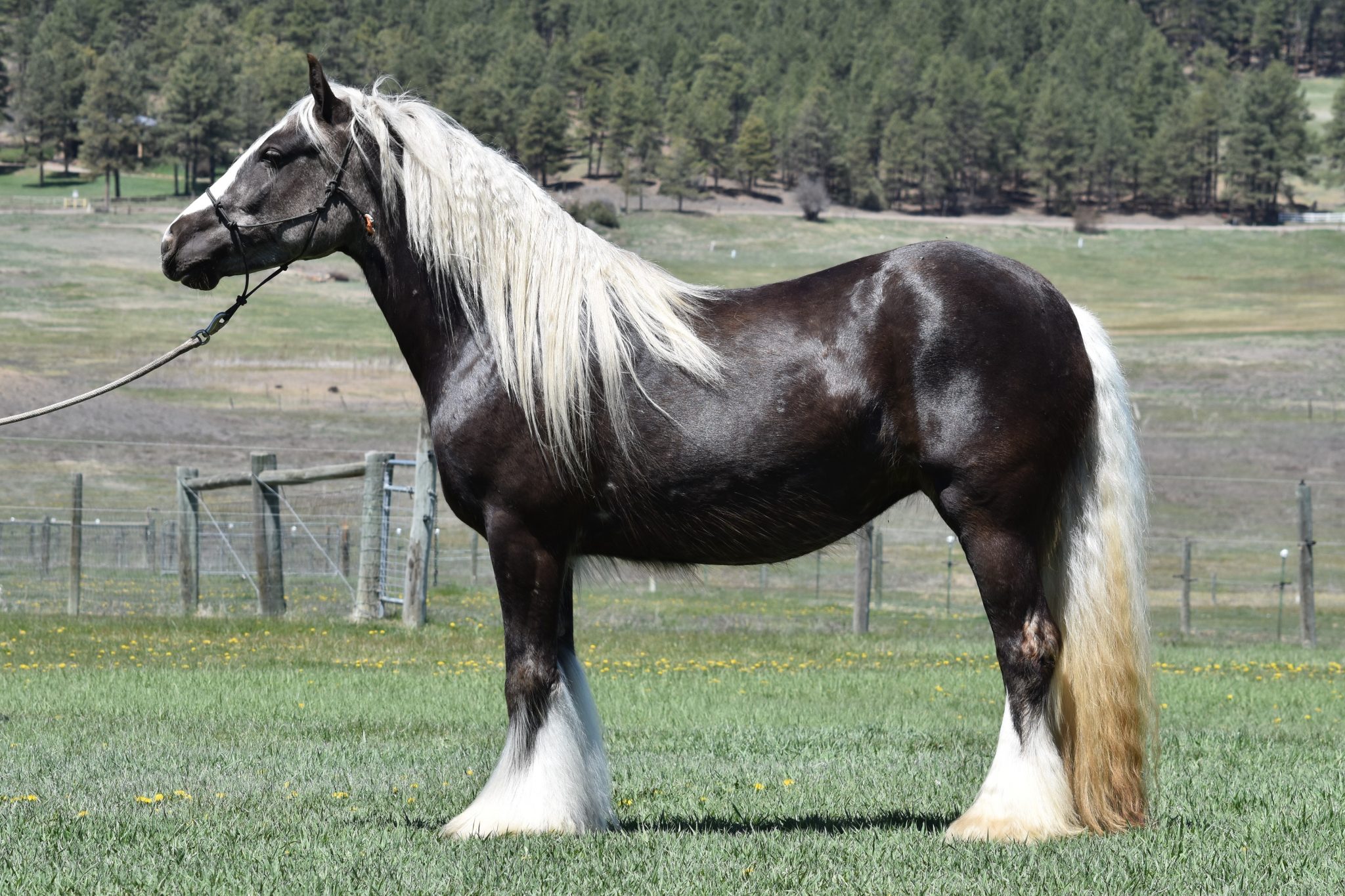 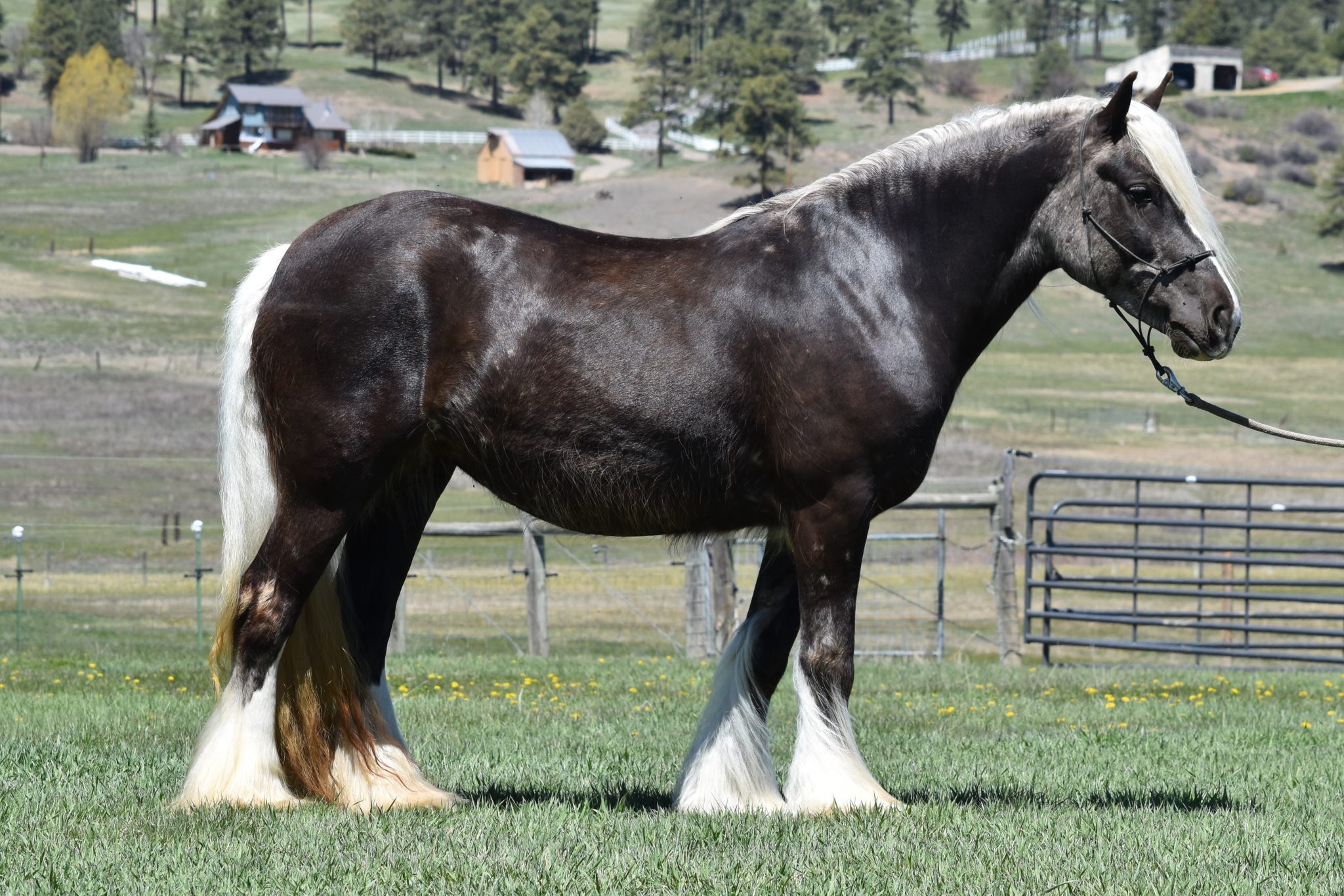 When we visited Sharon Scofield in California we noticed R. Cameo in a pen with her dam.  She was only a few weeks old and we already had two other fillies from her program but told Sharon that we wanted her if she was ever for sale. Cameo is a stunning solid silver dapple with the shape and the hair we love.  Making room for dun babies was hard.  We bred Cameo to Dealer and sold her on to Washington state where she lives with. Her first foal was a silver grullo dun.  What a special mare and colt.  8/17