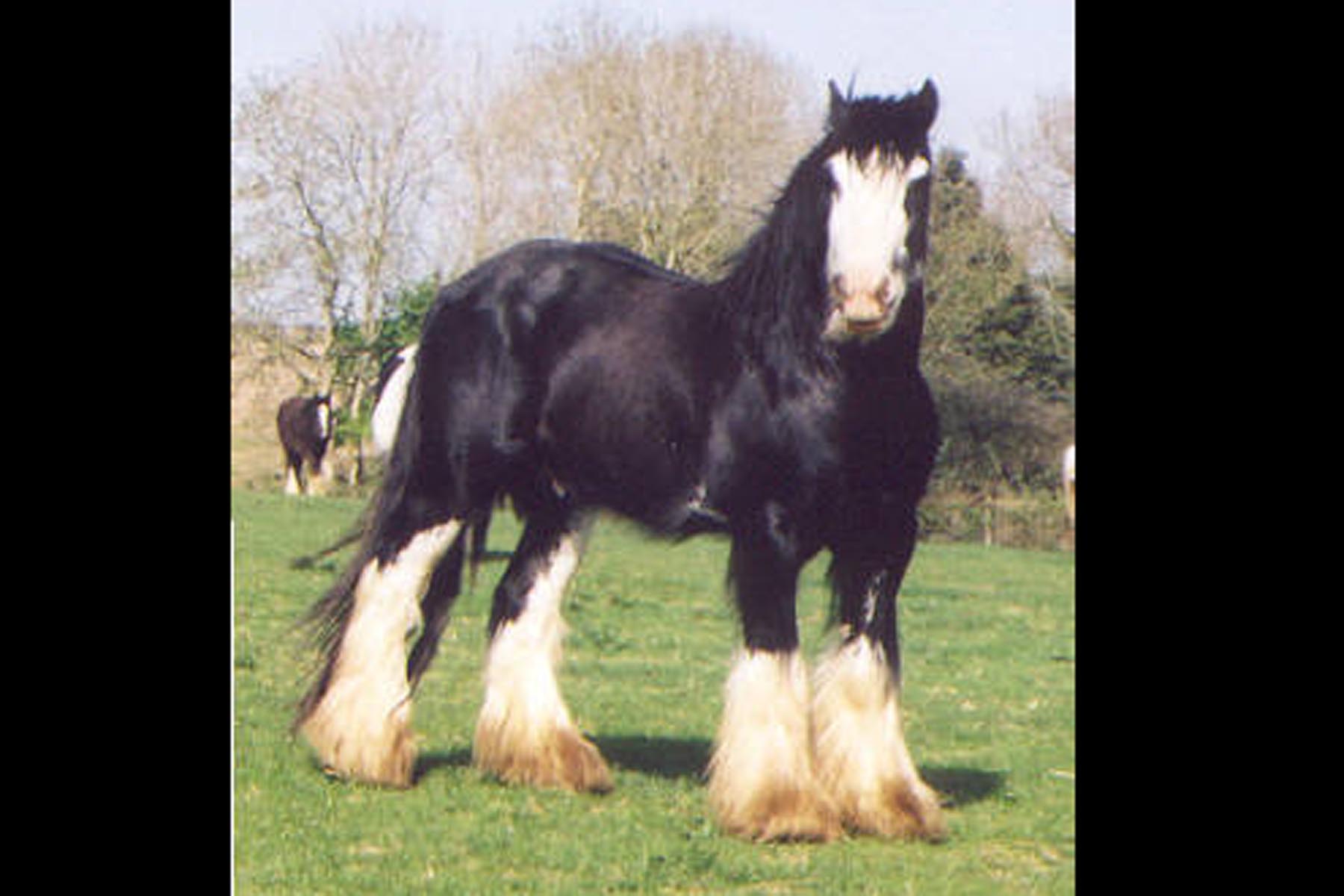 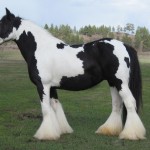 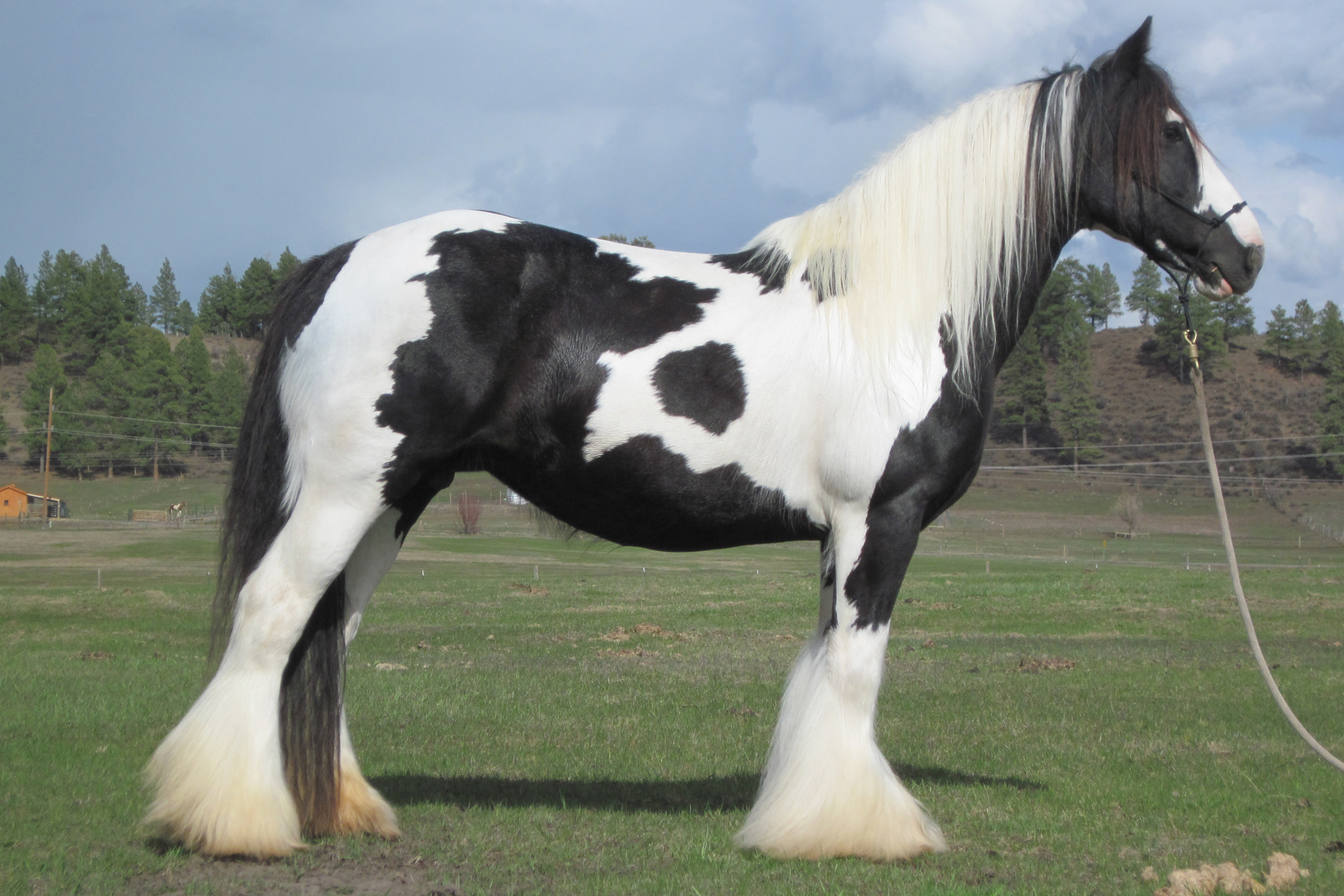 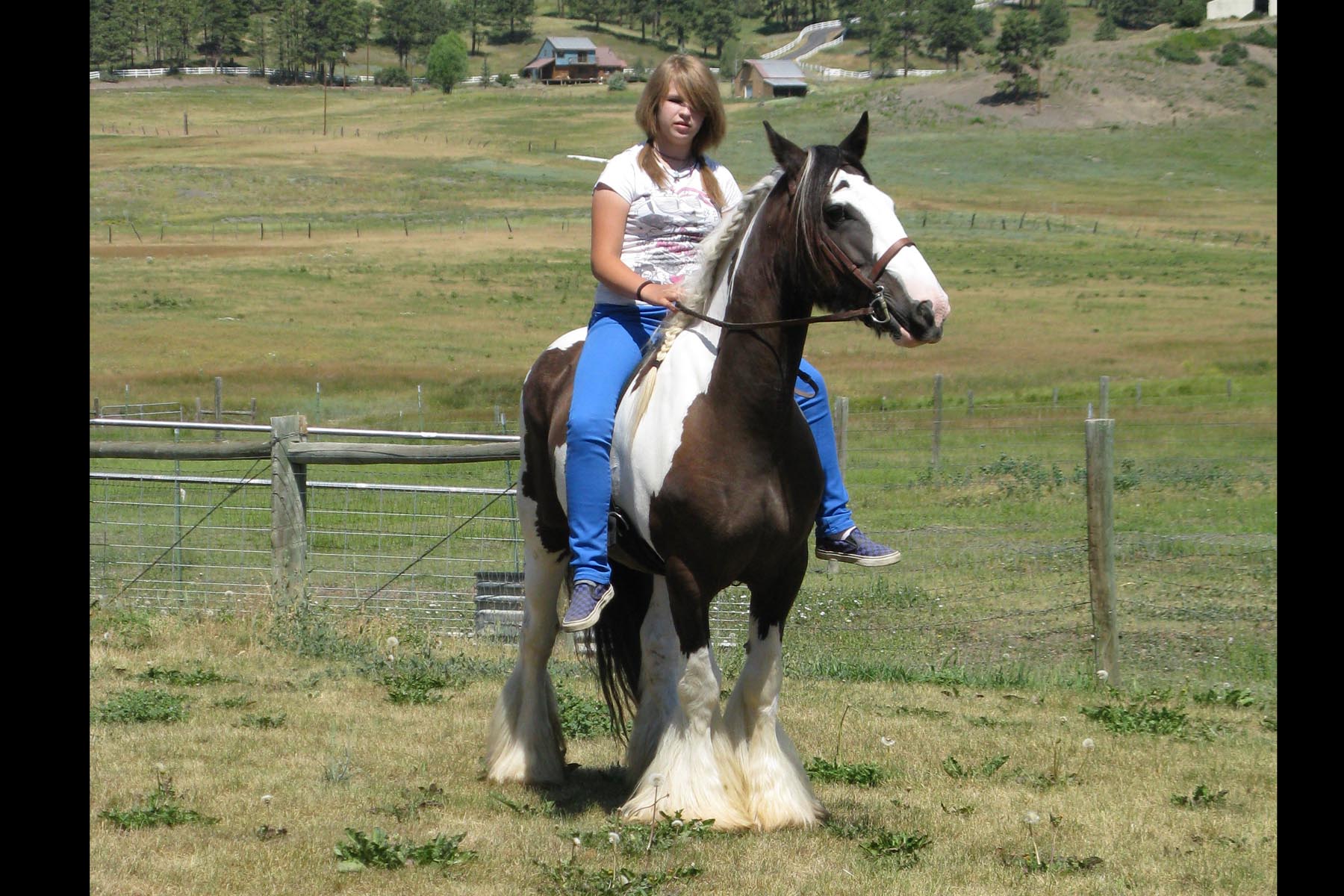 When Kate and I we were in the UK two gypsy breeders told us who they thought were the top mares in the US.  Sovereign’s name was among them.  She was bred by the Downs and the amazing stallion the Wooly Mammoth is her colt,.  He was sired by Tom Price’s Samson. When Sovereign came up for sale Kate bought her.  We thought that she would make a great addition to our herd and cross well with our Samson son Teddy, The Heavy Horse of Wales.  Sovereign has been shown and done very well placing as Grand Champion Mare at the 2011 Continental Divide Horse Show.  Unfortunately we did not had great luck with Sovereign’s first two babies for us.  We lost them both to very different issues.  Bred to Hamish she delivered a filly, SSFR Simply Sensational, in 2013.  She was bred back to Teddy, The Heavy Horse of Wales, for a 2015 foal and produced our amazing SSFR Stardust, aka Peaches.  She is now bred back to Prime, Sahlem’s Country Optimus Prime, a Prime Time son, for a 2018 foal.  Since she carries red we are hoping for a chestnut paint.  8/17