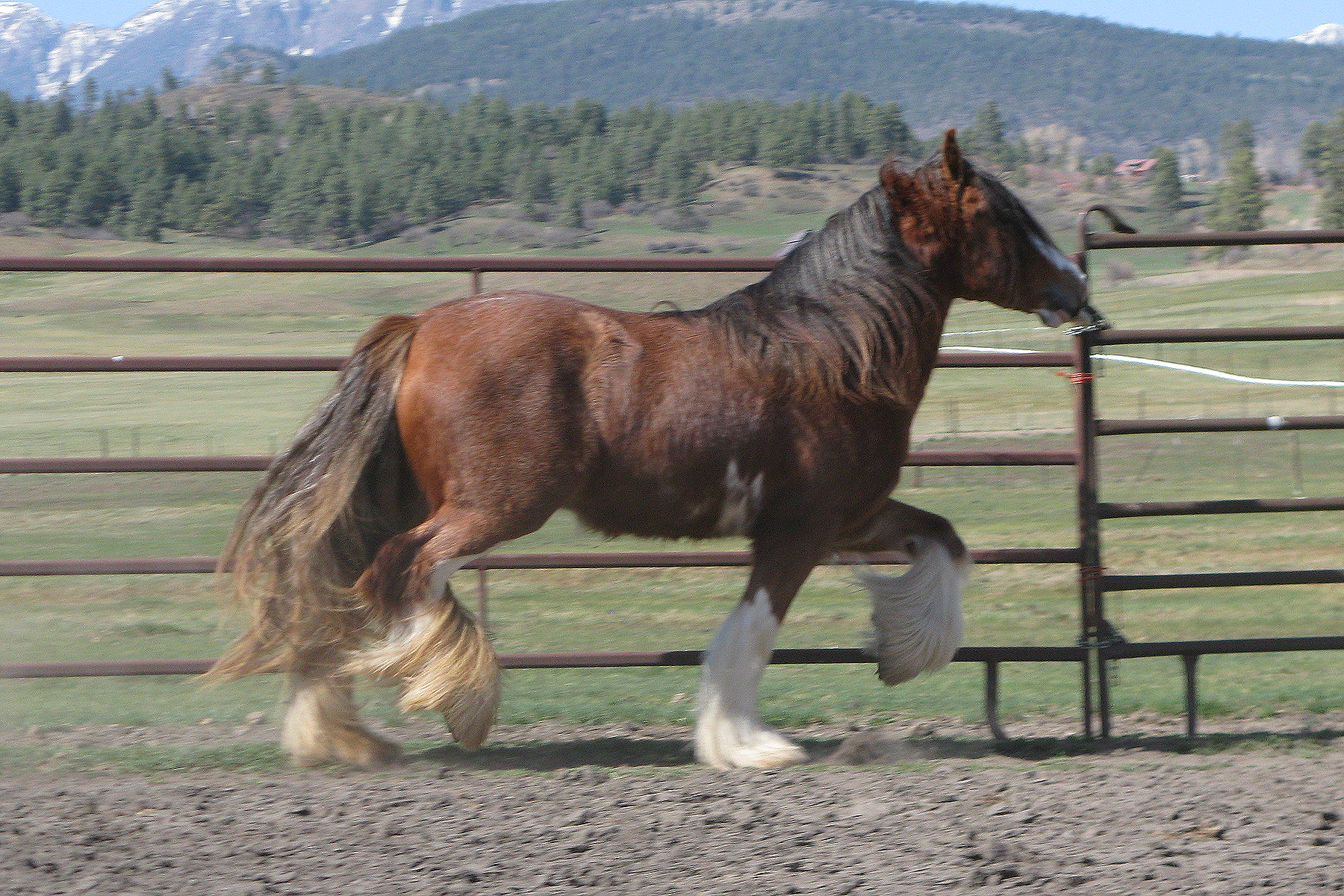 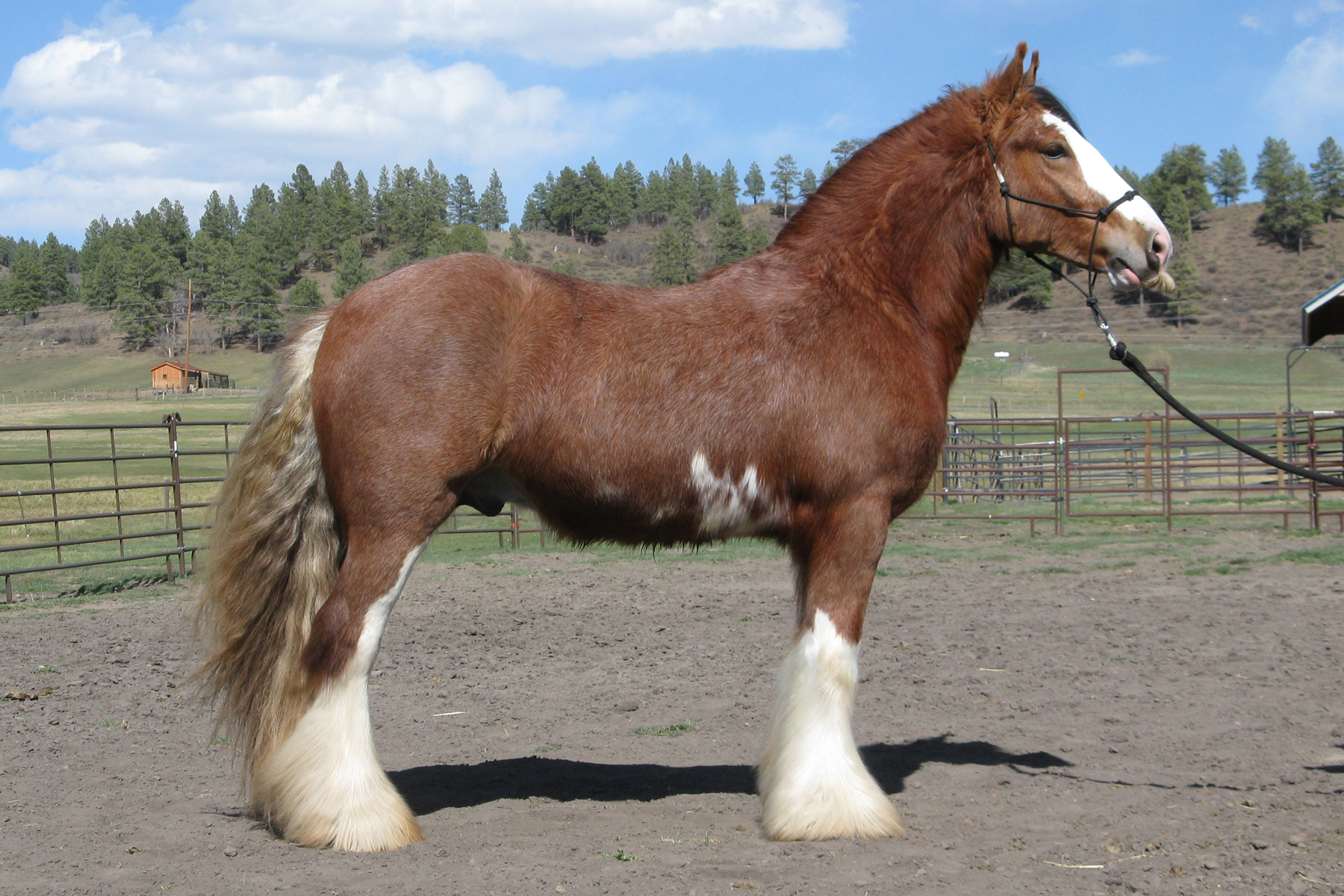 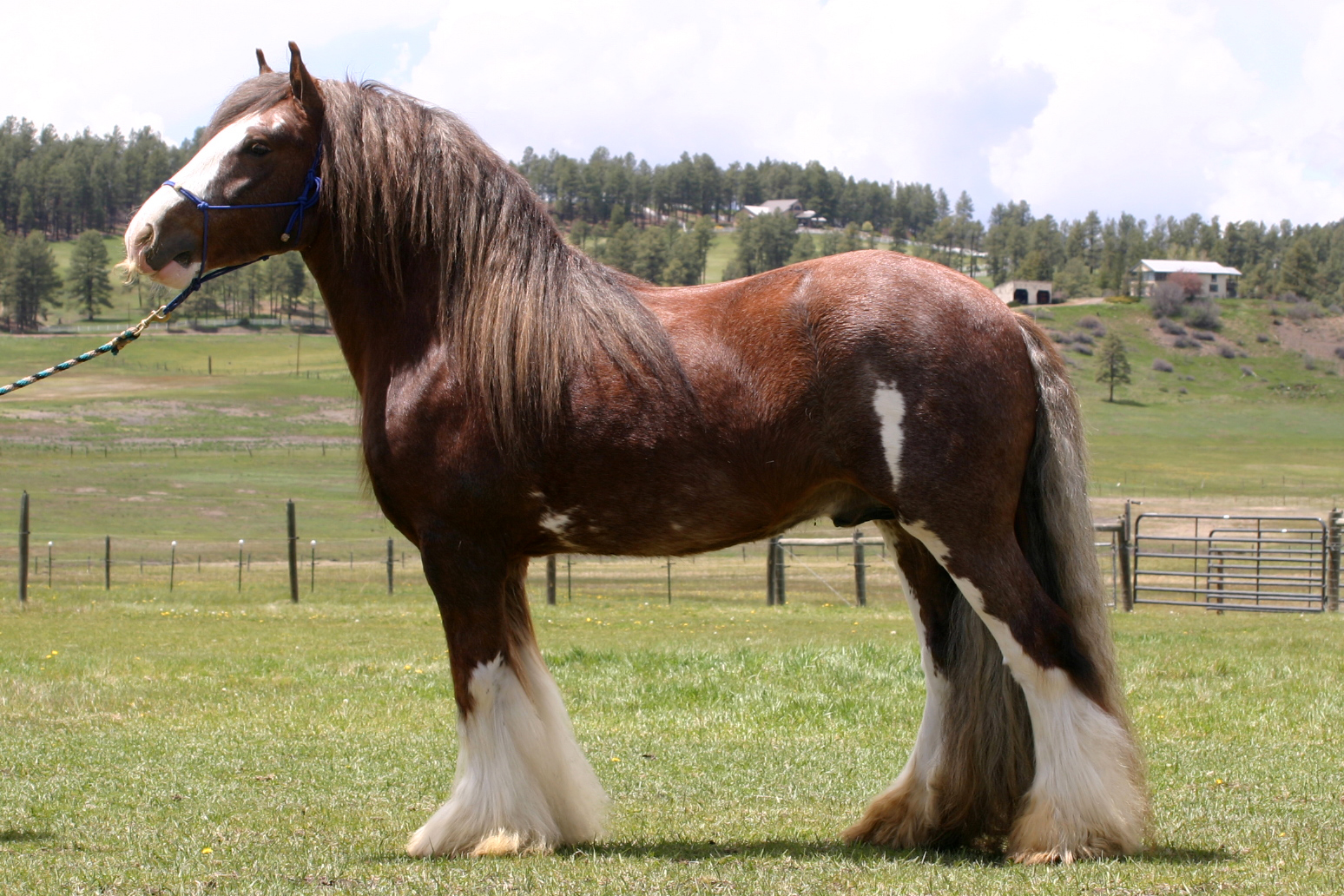 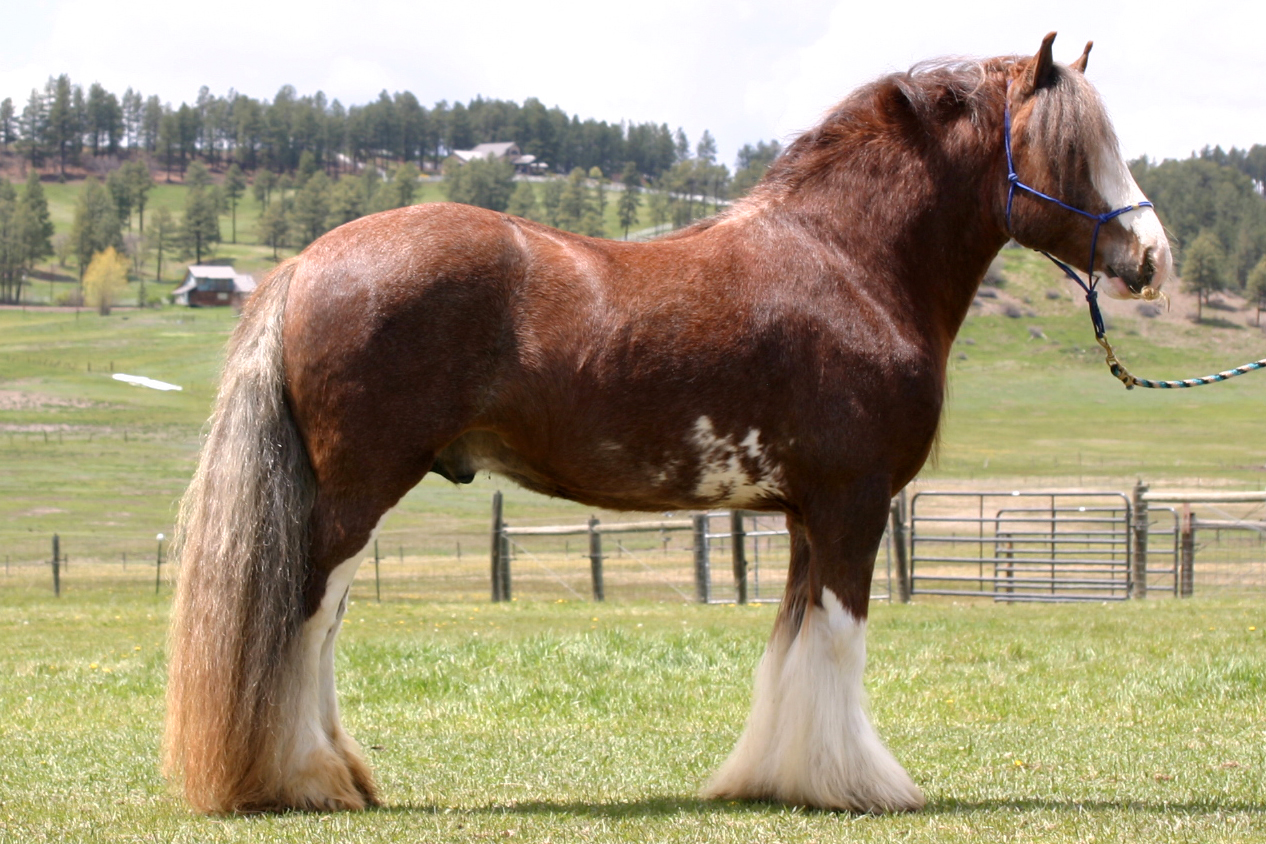 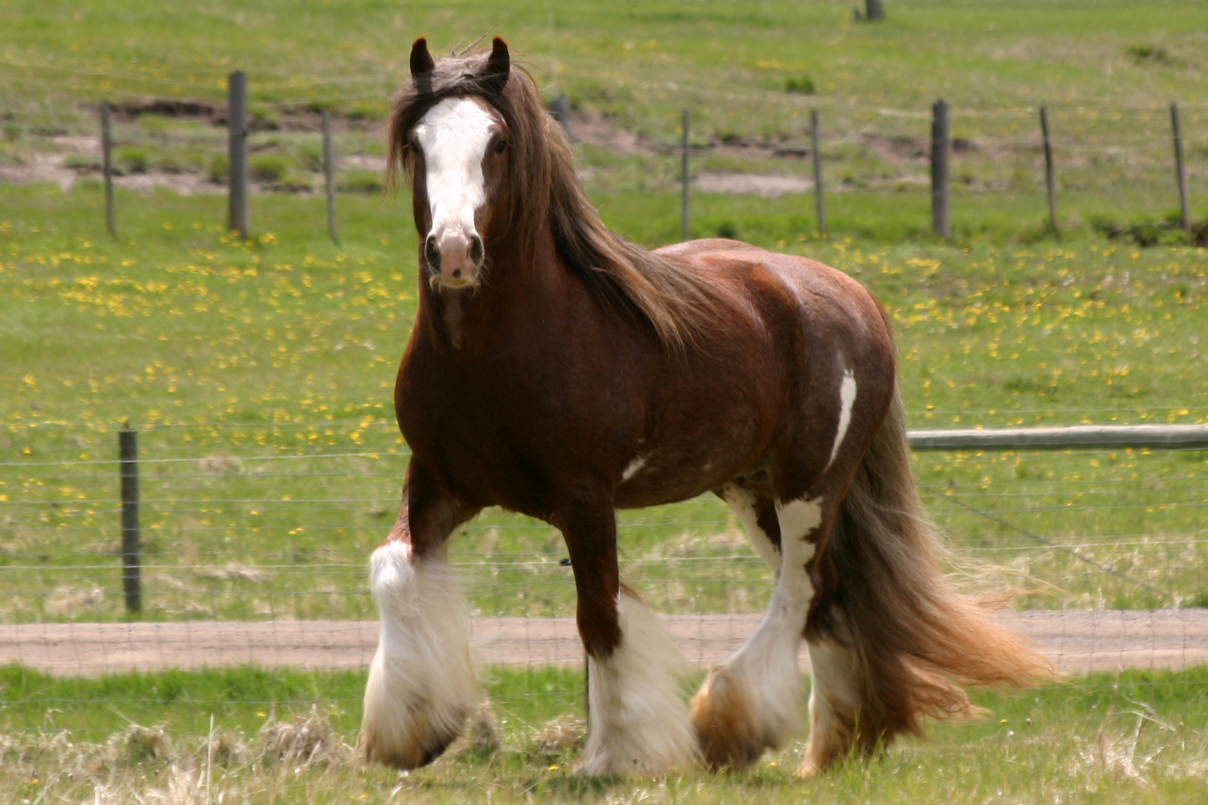 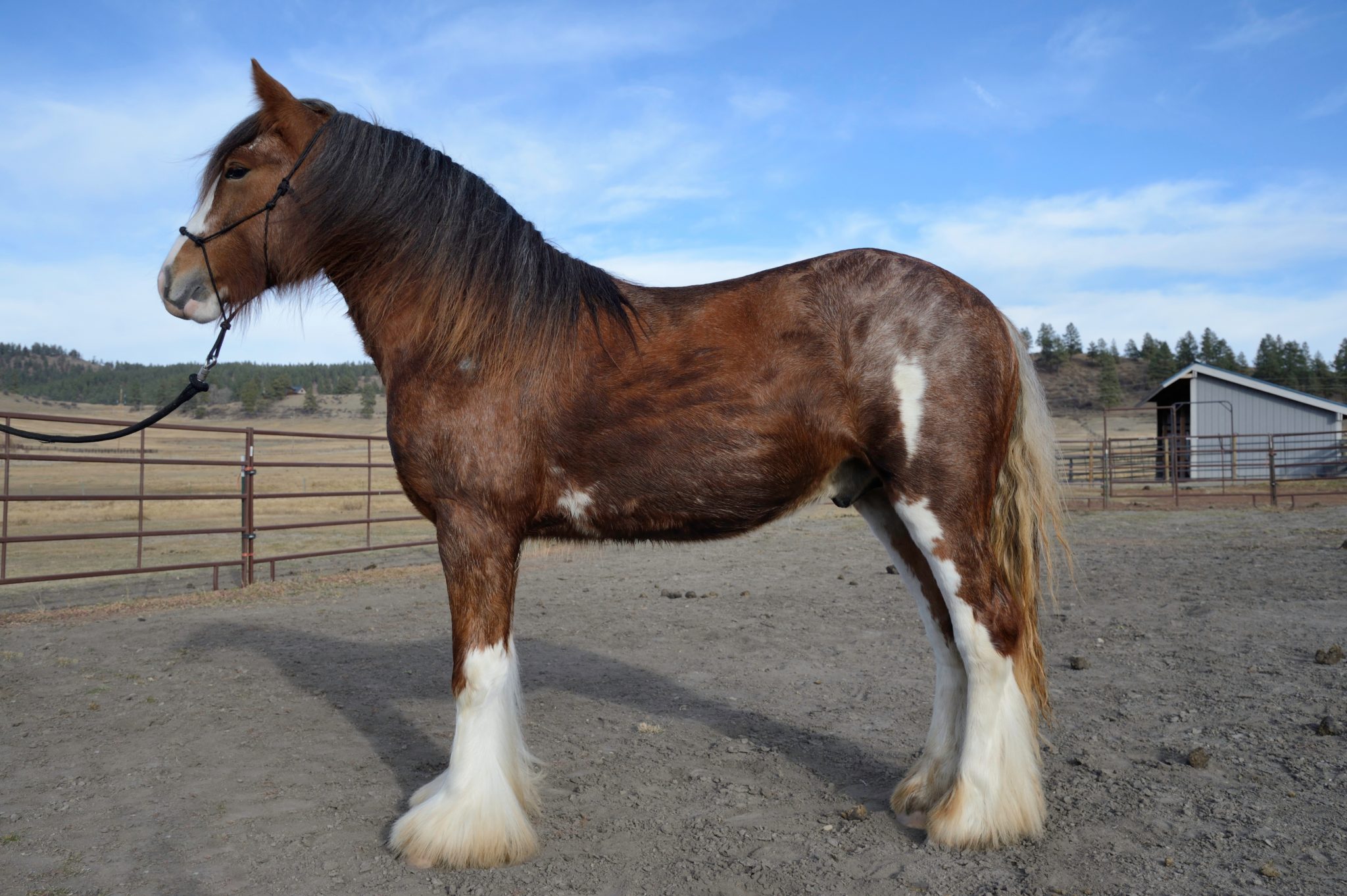 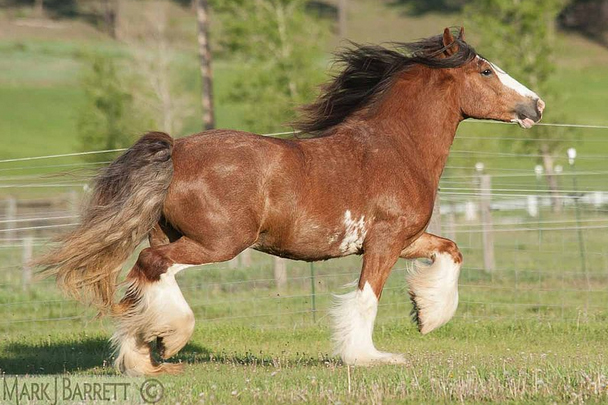 ee with a Sooty
Gene

On a trip to Buffalo New York to see the amazing stallion Prime Time, this special colt caught my eye.  Bred and raised by the Sahlem family, Whiskey, Sahlem’s Country Maker’s Mark, is an amazing find from a great breeding program.  His sire is Simon from West Hills Gypsy Horses.  Simon, who we saw and loved at George and Kristina’s, has back breeding that any gypsy would be proud to have in their stallion and herd.  We are pretty sure that his dam WHF Acorn carries a sooty gene, which on red frequently creates liver chestnuts.  Whiskey is chestnut with roaning just like his sire: not true roan but an effect caused by the sabino gene,.  This gene was contributed by the the Clydesdales and Shires used to create the Vanner breed.  His conformation is exemplary and his temperament is all Gypsy Vanner.  He is a real lover, is willing to please and eats up any special attention he is given.  He also has hair and size to spare and over the last year has really bulked up.  The Sahlem’s let us register their Whiskey as Maker’s Mark, in honor of my husband’s cocktail of choice.   We are very happy to have him and to know the Sahlem family.   We purchased a mare or two with Whiskey in mind. and his first foal crop did not disappoint.   Check out SSFR Something Special,  SSFR Black Lable, SSFR Four Roses and SSFR Bourbon Cream.  The following year he gave us SSFR Belle Mead, with Dun Dreamin’ and SSFR Rich and Rare.  Yes, all of his foals are named for whiskeys including this year’s Chloe filly SSFR Nikka Pure Malt Black.   He is adding height, bone and great feather to his get.  Whiskey has shown well too, winning Reserve Grand Champion Junior Stallion at the 2013 GHRA World Show in Fort Worth. and Supreme Champion Gypsy at the 2014 Colorado State Fair.  He was trained to drive by Bob Giles in the winter of 2017 and he loves this new job. Kate, who broke him to ride, is also using him in English classes on our show string.  His movement is amazing.  In 2017 he was Supreme Champion at the JJ Horse Show in Grand Junction Colorado.  Whiskey covered 3 mares for 2018 foals,  Rackli,  Dun Dreamin’ and SSFR Chickapea.  8/17